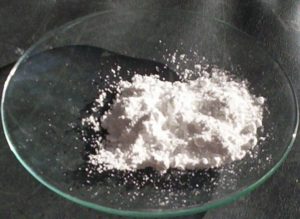 Origin: Titanium dioxide is made from the mineral ilmenite and sulfuric acid to produce synthetic rutile which consists then of more than 90% of titanium dioxide.

Also Known As: Titanium dioxide, also known as titanium(IV) oxide or titania, is the naturally occurring oxide of titanium, chemical formula TiO ₂. It acts as a physical sunscreen when used in skincare formulations. It can also be used as a texturizer and as a shade lightener in makeup powders.

Ideal Concentration Level in Products: 2% to 25%